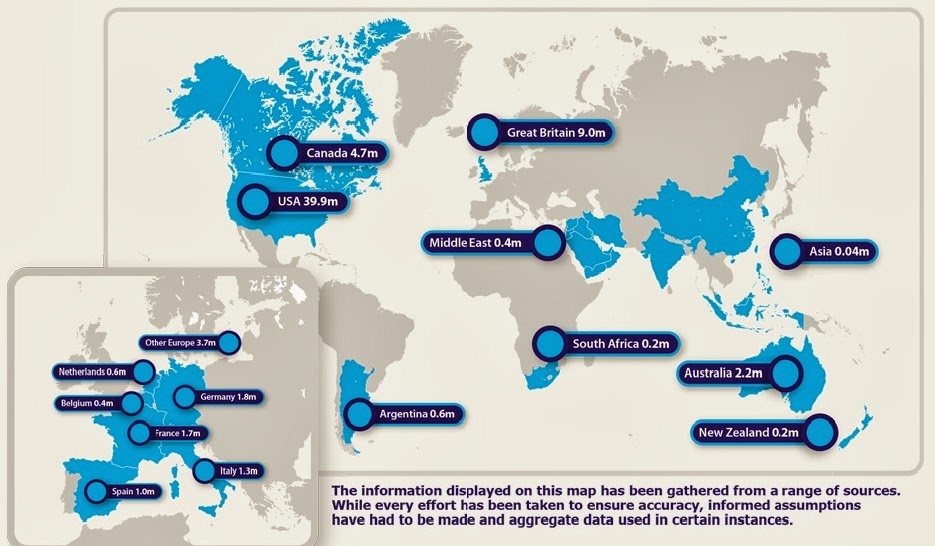 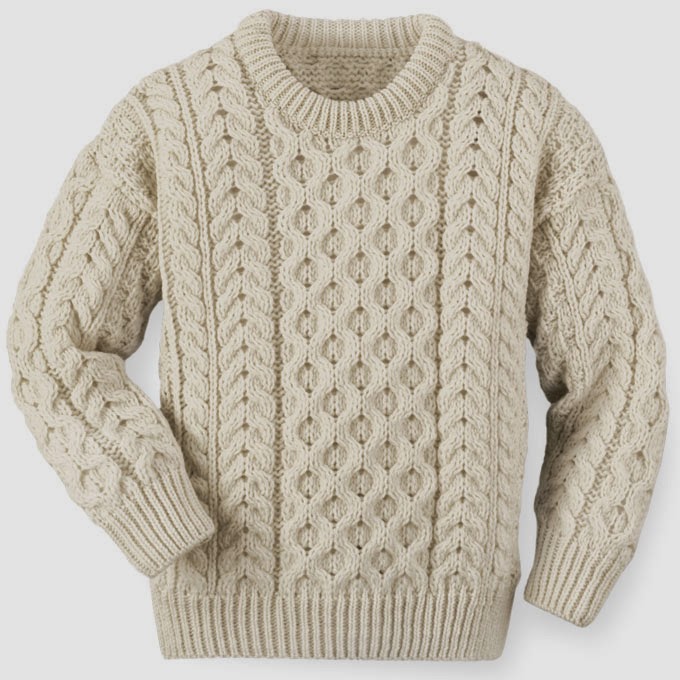 Did you know that knit sweaters of the type in the photo were the GPS of their day?  Fashioned on the Aran islands off the west coast of Ireland, each sweater had a clan pattern and that pattern belonged only to that clan.
Each sweater told two stories; the first was the story of the land and the sea, the rocks and twists, the braid of life and the values of that clan.
The second was a sadder story, for when a fisherman died at sea and later washed up, the clan pattern would identify him to his family, would allow him to come home from the sea to his own people.
In pre-literate peoples, this need to capture story often expresses itself in objects. Each totem pole of coastal Native American tribes tells the story of its own clan. The horses and hands in the caves at Lascaux do something similar.  Here we are and were; here is what we saw and knew.  The glyphs of Mayan temples, the heiroglyphs of Egypt, the braided stones of the Boyne tombs in Ireland all "capture" story, prayer, purpose.
The impulse toward story is universally human and universally necessary. In some deeply felt way (as in Jung's river of shared human consciousness) the maker of such objects knows absolutely that his story will be seen, heard or "read" when he is no longer present.  Thus, he carries on a dialogue with people he will never meet.
When we see such art, wear a sweater like the one above, hear a fine piece of music, read a good book, we have, in some way, linked ourselves to that person or that clan. We have participated in a storytelling in which a clear exchange has occurred between maker and recipient, even across boundaries of time or death.