Near Sligo, I saw the pair from the bus window.  They were making their way through a field of high grass, angling slowly upward toward a nearby hill.  Behind them, a flock of sheep, spattered with blue paint, watched the pair as they walked away.  A raven on a fencepost turned to follow their trajectory.
The man was tall and loose-limbed; he had a kind of scarecrow walk, as if his knees might squiggle and drop beneath him.  He wore a knit sweater, baggy and dark, the pattern clearly visible.  His hat was pulled low along his brow. In his left hand, he carried a walking stick.
His companion was a border collie, black and white. The grass was so high that it swished along his sides.  He walked behind the man, determined and low, as if he was herding the man up the hill.
Both of them cut chevrons into the high grass, like the prows of two ships or the determined v shapes of geese.
Geesegrass. Seagrass.
The light was dropping, low, spangling the lake that ran beside them.
The image snapped itself, not into my ubiquitous camera, but onto the screen behind my eyes.  At any moment, even all these years later, I can close my eyes and see them, the watery stride of the man, the low determined collie, his tail sweeping the grass to either side.
What was up there on the rounded hill?  A lost sheep, blue-spattered and bleating?  A lost child? Or just a moment - still - at the end of the day, when the two companions could sit and watch the light dive beneath the surface of the water?
I will never know, but as a writer I can tell you this; these images are the places from which fiction arises,  the frozen moments, the unanswered questions, and then the leafy, papery voice that begins to whisper, "I can tell you.  I can answer.  All you have to do is listen." 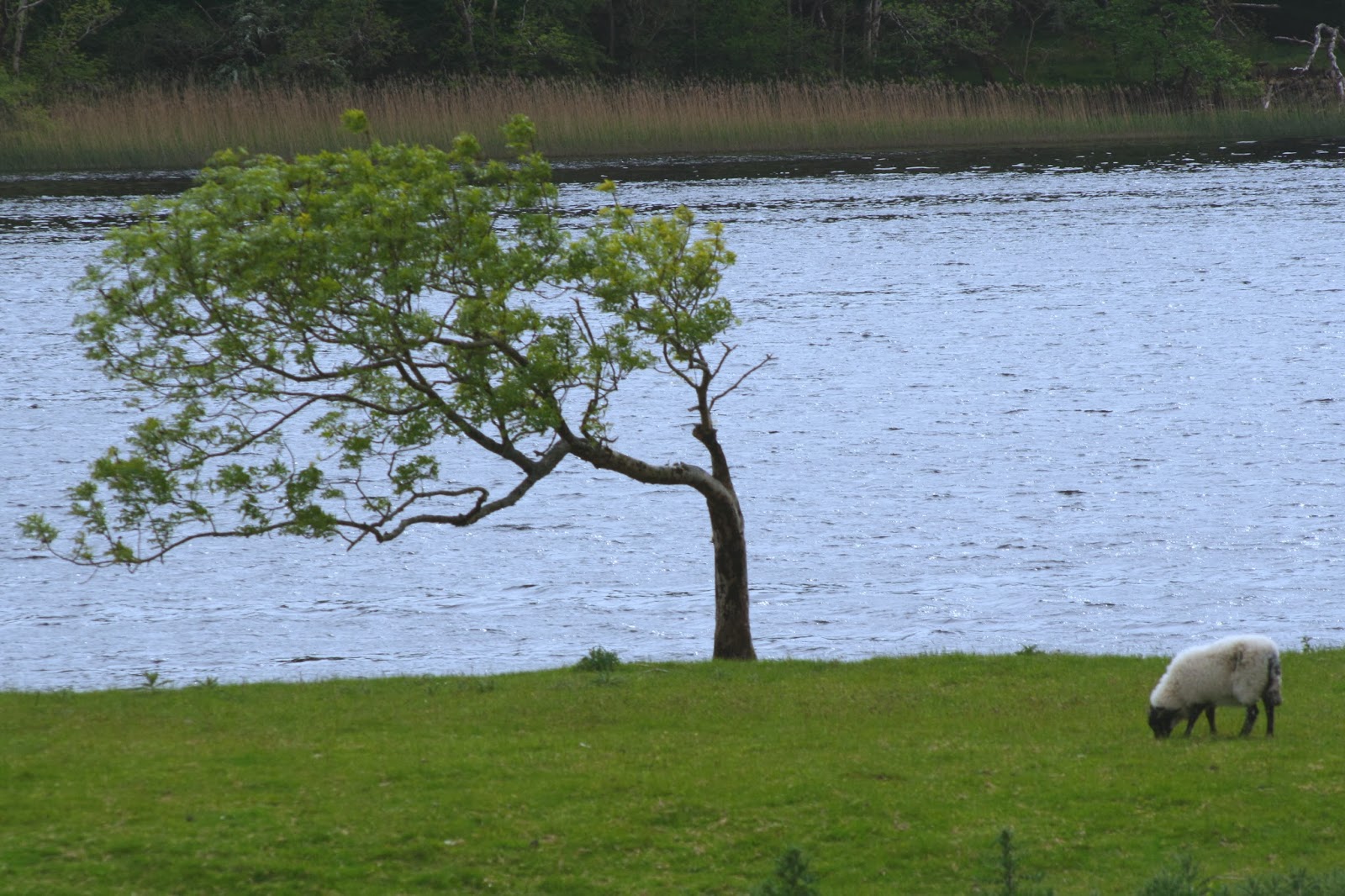